First, Democrats (Obama) gave the go ahead for abortion of unborn babies and now this? During a radio interview with DC-based WTOP on Wednesday, Virginia Governor Ralph Northam (D) openly supported the killings of new born babies.

This came just after Kathy Tran, a Democrat lawmaker proposed a new bill in the Virginia House of Delegates that would allow mothers to abort their babies minutes before giving birth. During  the radio interview, when asked what his views are on the proposed bill, Governor Northam replied:


VA gov on abortion this morning: 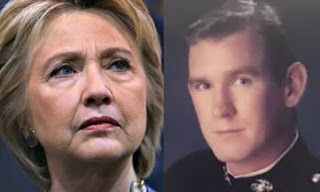 In a recent report, FBI Agent David Raynor and his wife were found dead in their home in Crownsville, Maryland. His wife Donna Fisher was found with multiple stab wounds while Raynor had 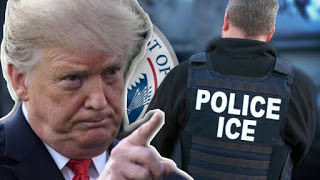 Despite the multitudes of pressure being mounted on President Donald Trump from the opposition Democratic party in order to derail him from "Making America Great Again", Trump is still focused on putting the country back in shape.


In a new massive sting operation which was carried out by Immigration and Customs Enforcement (ICE) in New Jersey to crack down on illegal immigrants and child sex traffickers, over 100 people were arrested despite the so-called sanctuary policies.
From Conservative Fighter: "the vast majority of arrestees came from Mexico and South America. Of those arrested, 80 percent, ICE said, had prior criminal conviction and /or pending criminal charges. Their alleged crimes included promoting prostitution of a child, large scale fraud, aggravated criminal sexual offences and extortion."


This is just one among many other arrests that have been carried out in the past, in an effort to crackdown on illegal immigrants in the United States.